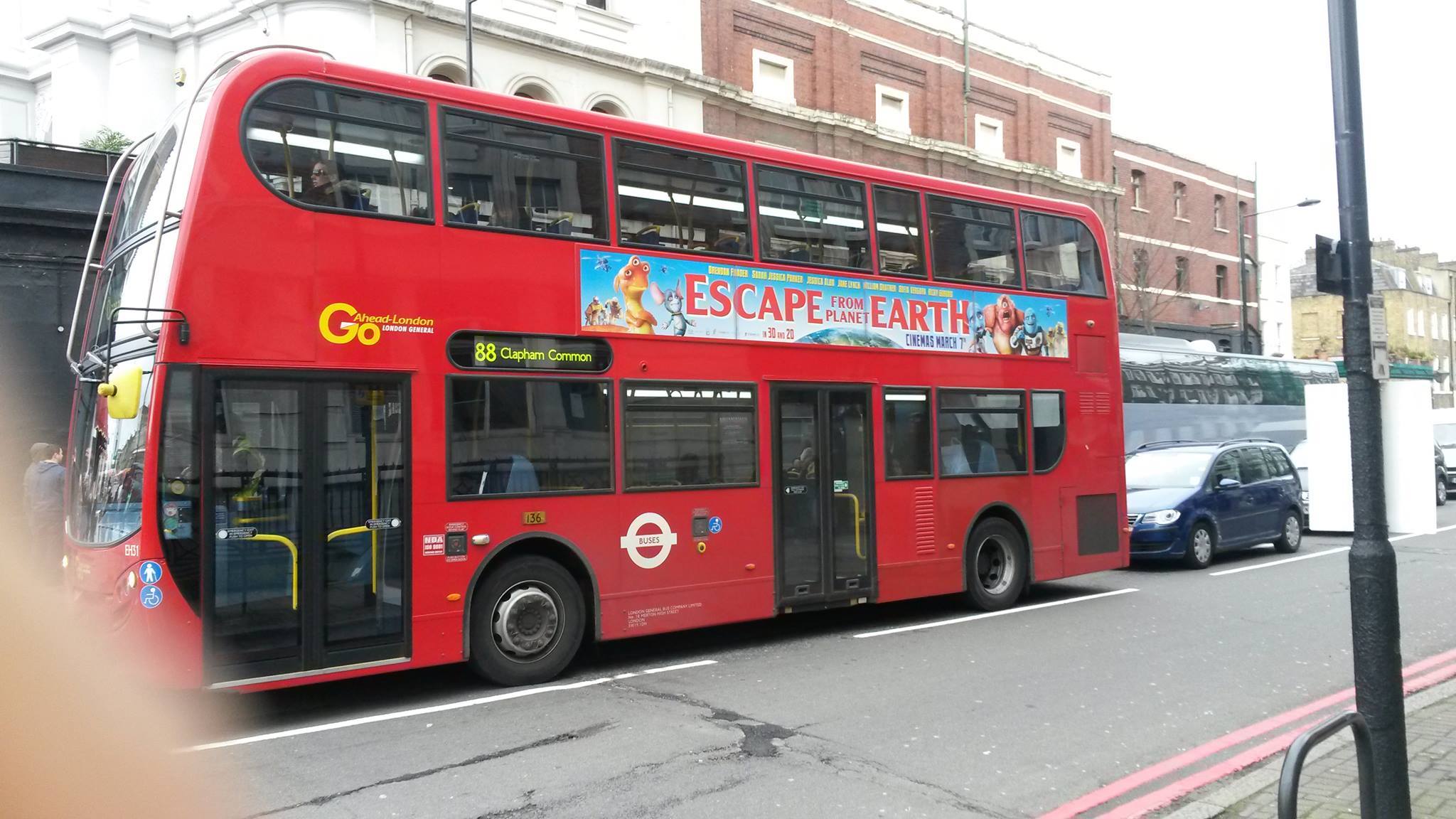 Escape From Planet Earth was released in the UK on March 7th, 2014. It’s been great to see the movie released all over the world, but the London release deserved a picture. Gotta love those double decker buses!

The European rollout continues. The next major releases are France on May 7th, and Germany on May 29th.