We’re happy to announce our amazing cast for PAW Patrol: The Mighty Movie! We can’t wait for you to see them in action on October 13, 2023! 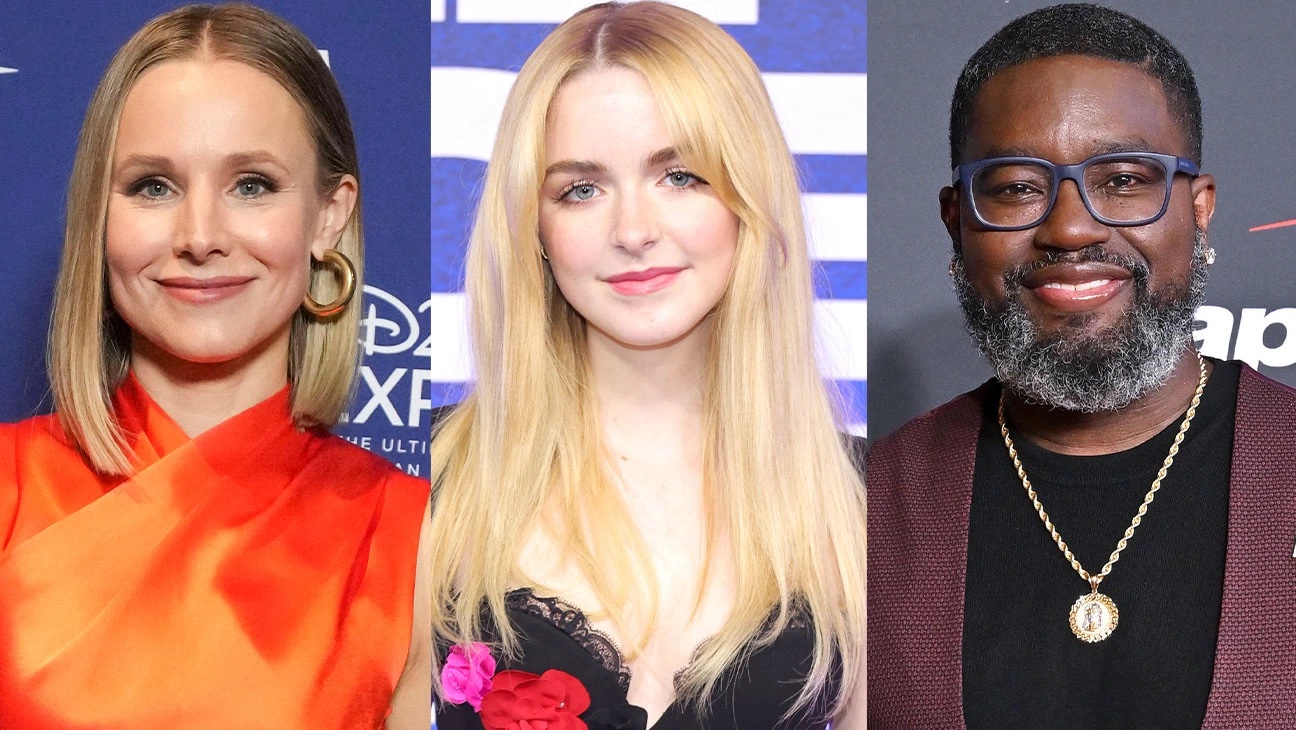 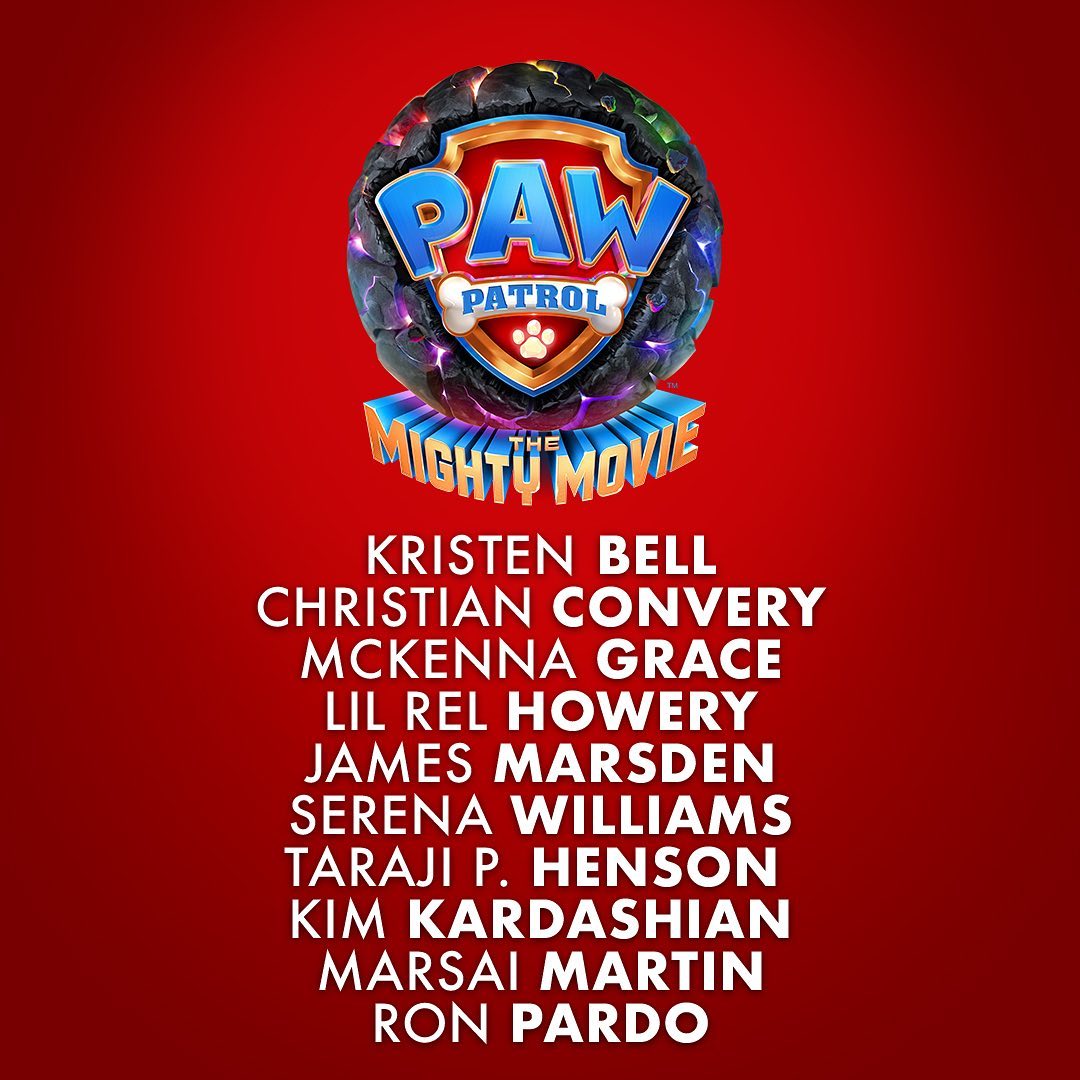 PAW Patrol: The Mighty Movie got a nice shoutout at the 96th Macy’s Thanksgiving Day Parade, featuring the 43-foot tall Chase balloon. No balloon is too big, no pup is too small!

This little character arrived at our office today! Congratulations to the whole PAW Patrol: The Movie cast and crew on being the highest grossing Canadian movie of the year. And of course, a huge thanks to all the fans who came out to see it! 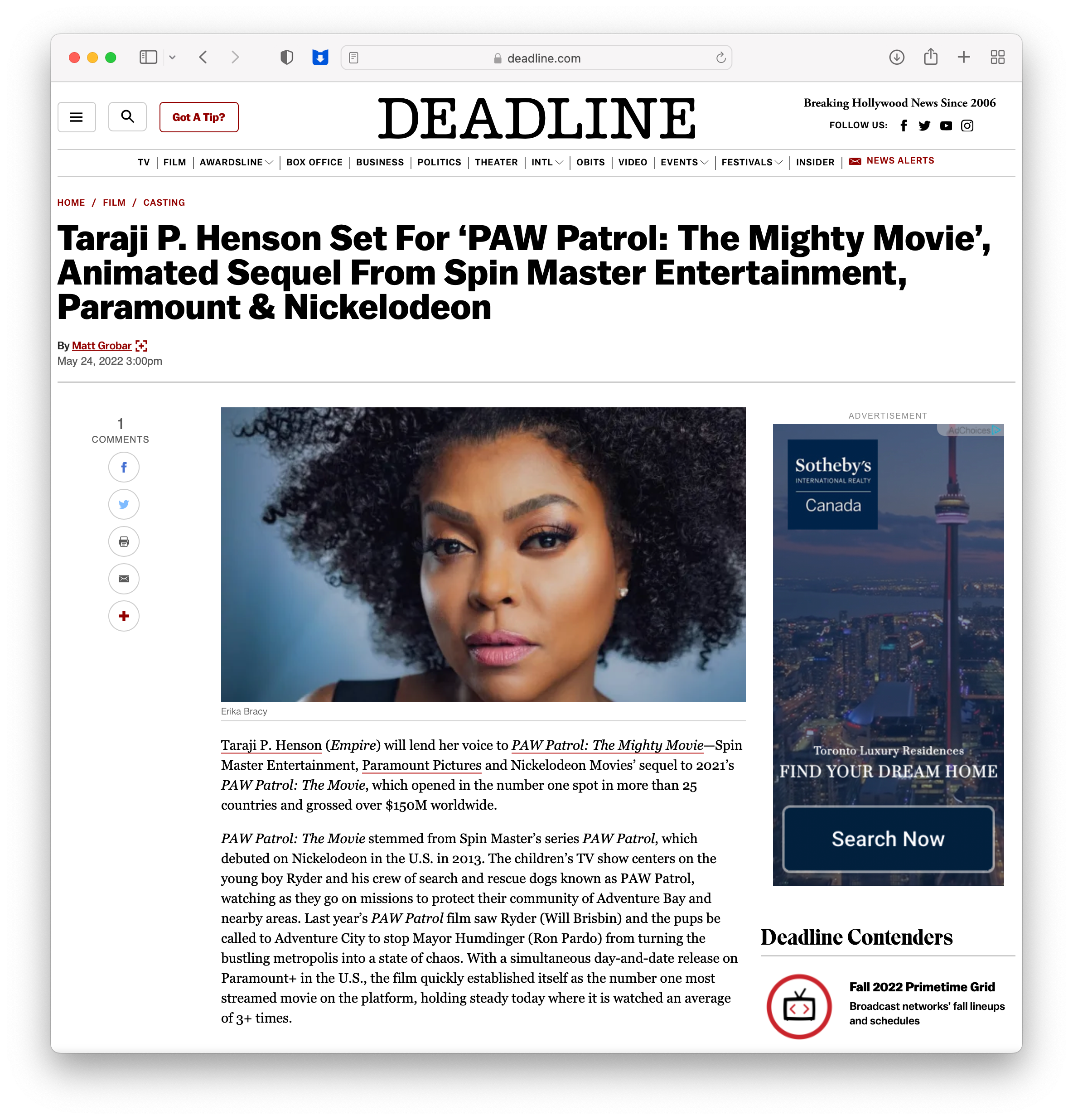 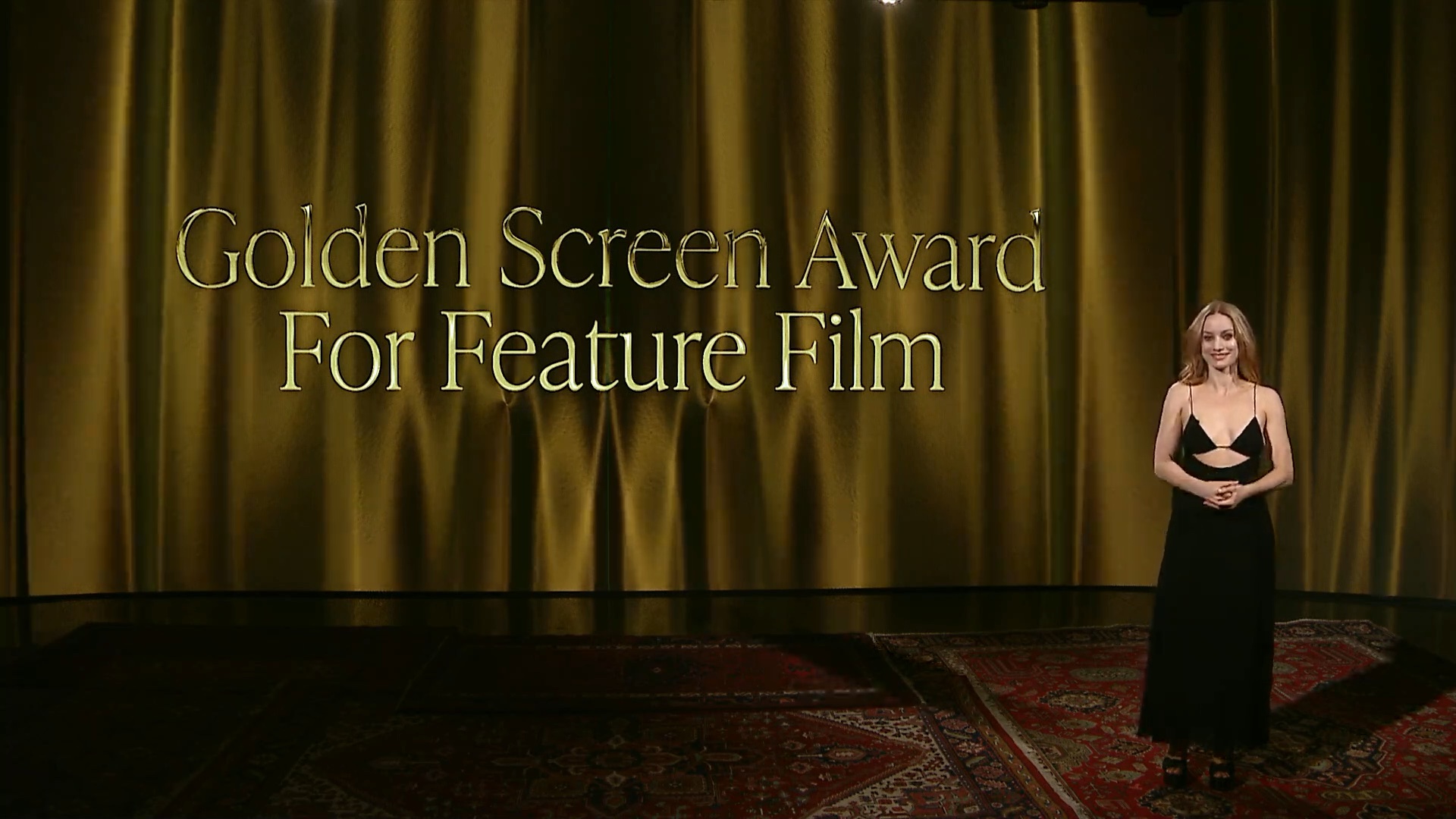 PAW Patrol: The Movie was nominated for Favorite Animated Movie at the 2022 Kids’ Choice Awards! Vote for it online here! 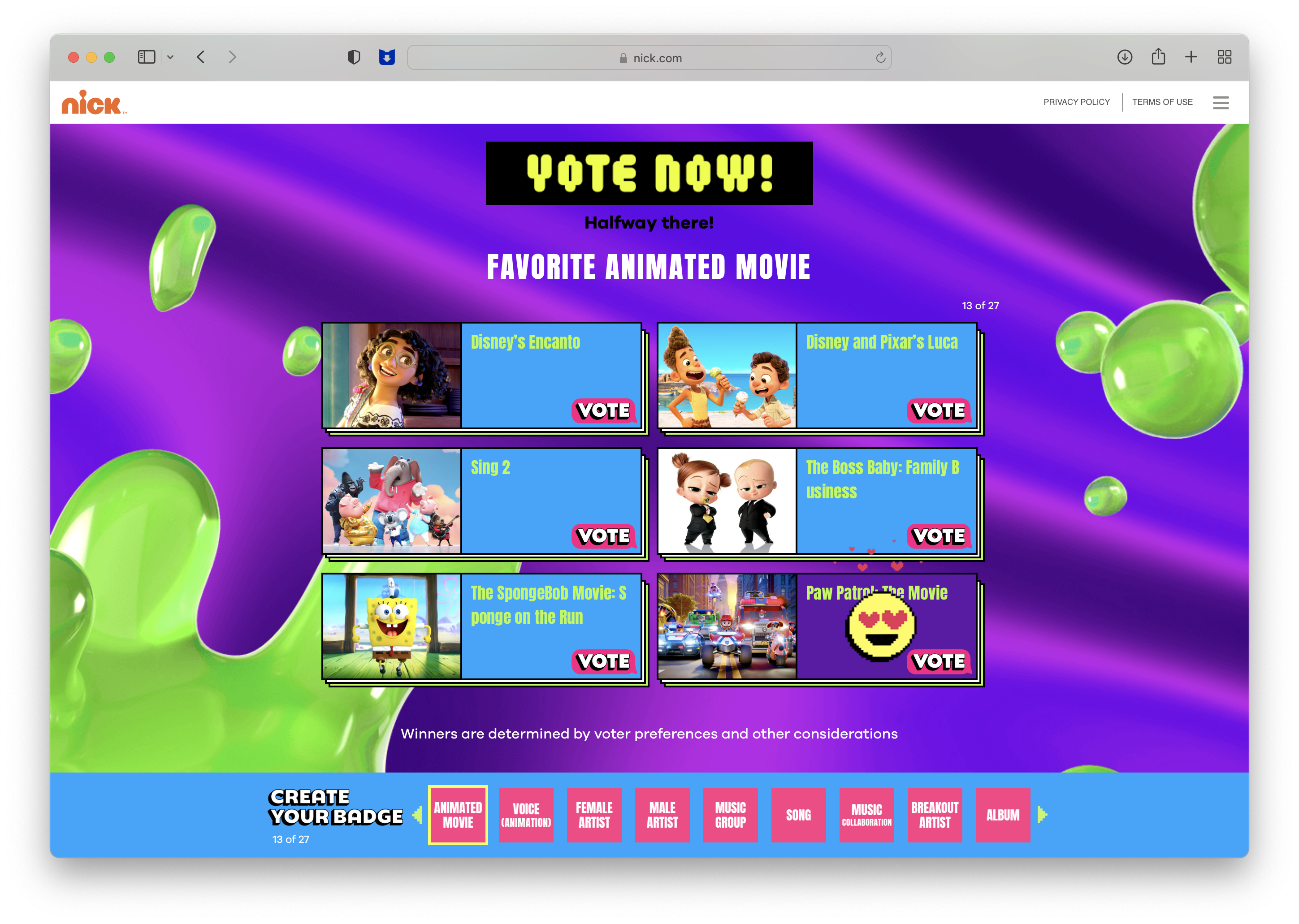 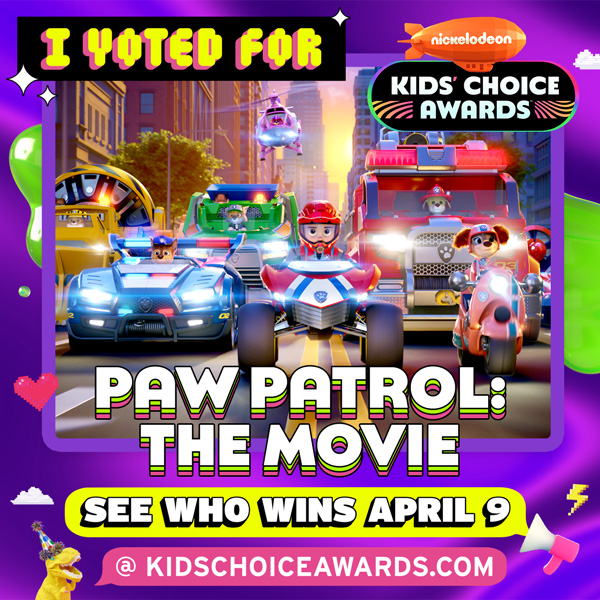 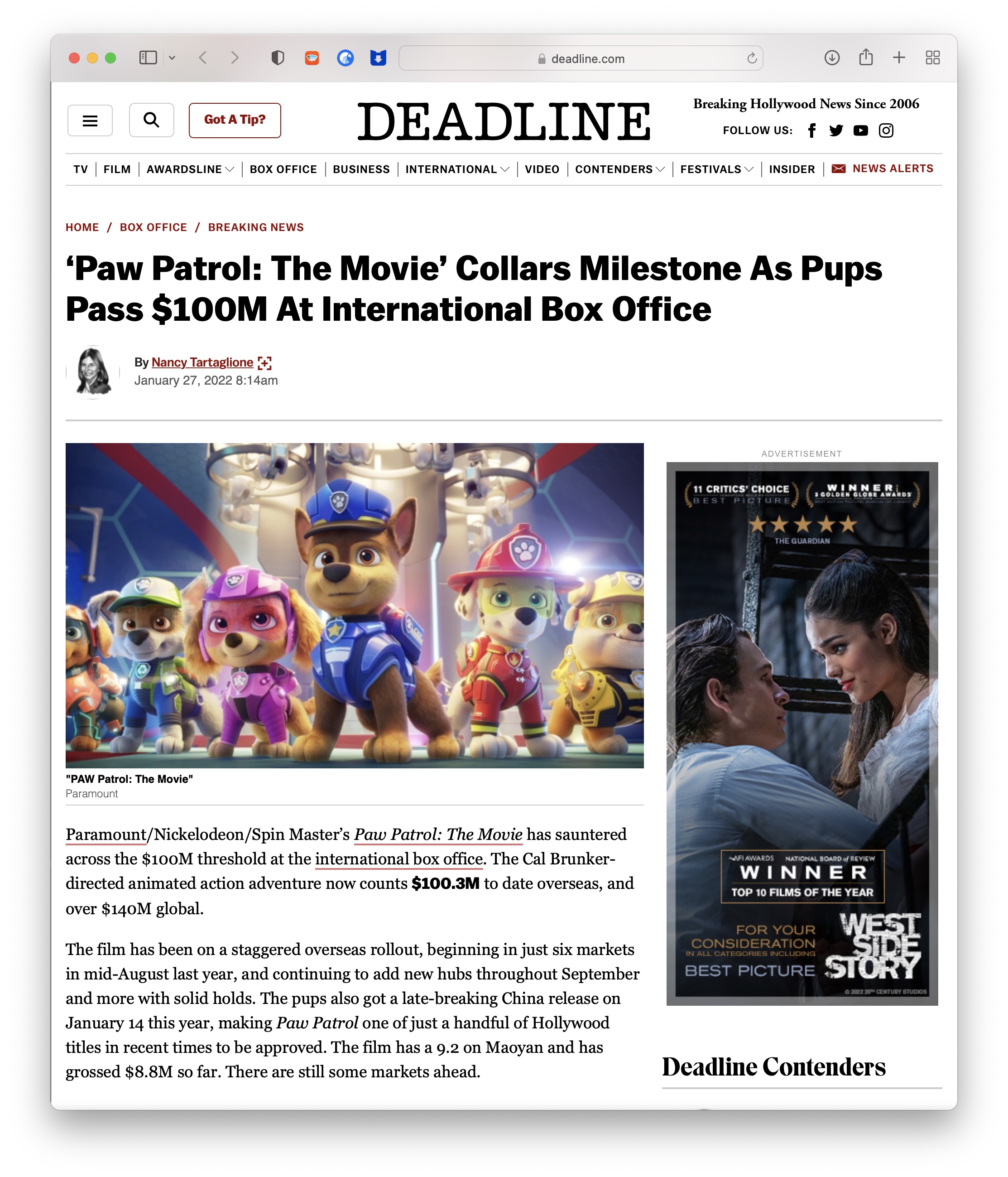 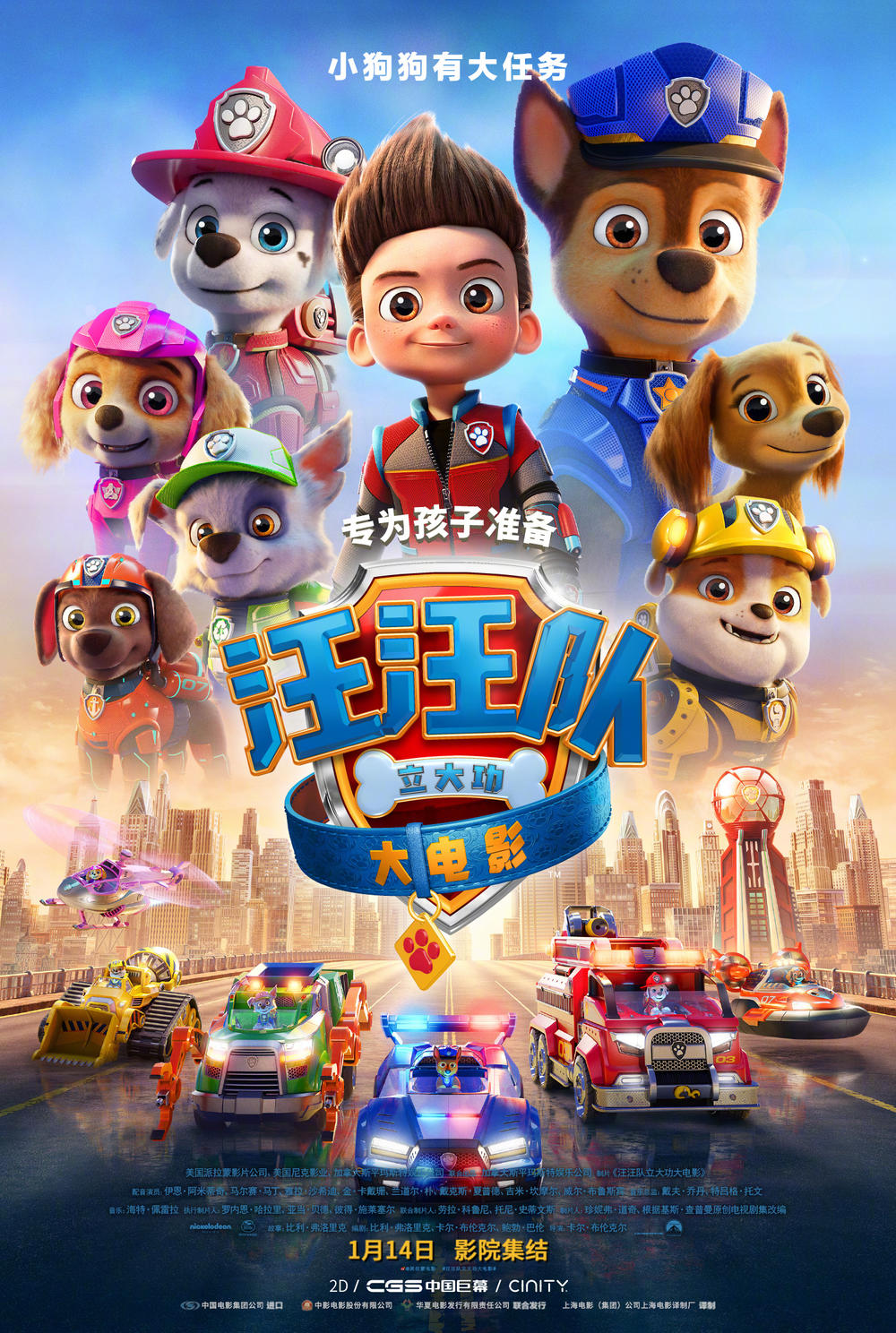 ‘Encanto,’ ‘PAW Patrol: The Movie’ to Hit China in January 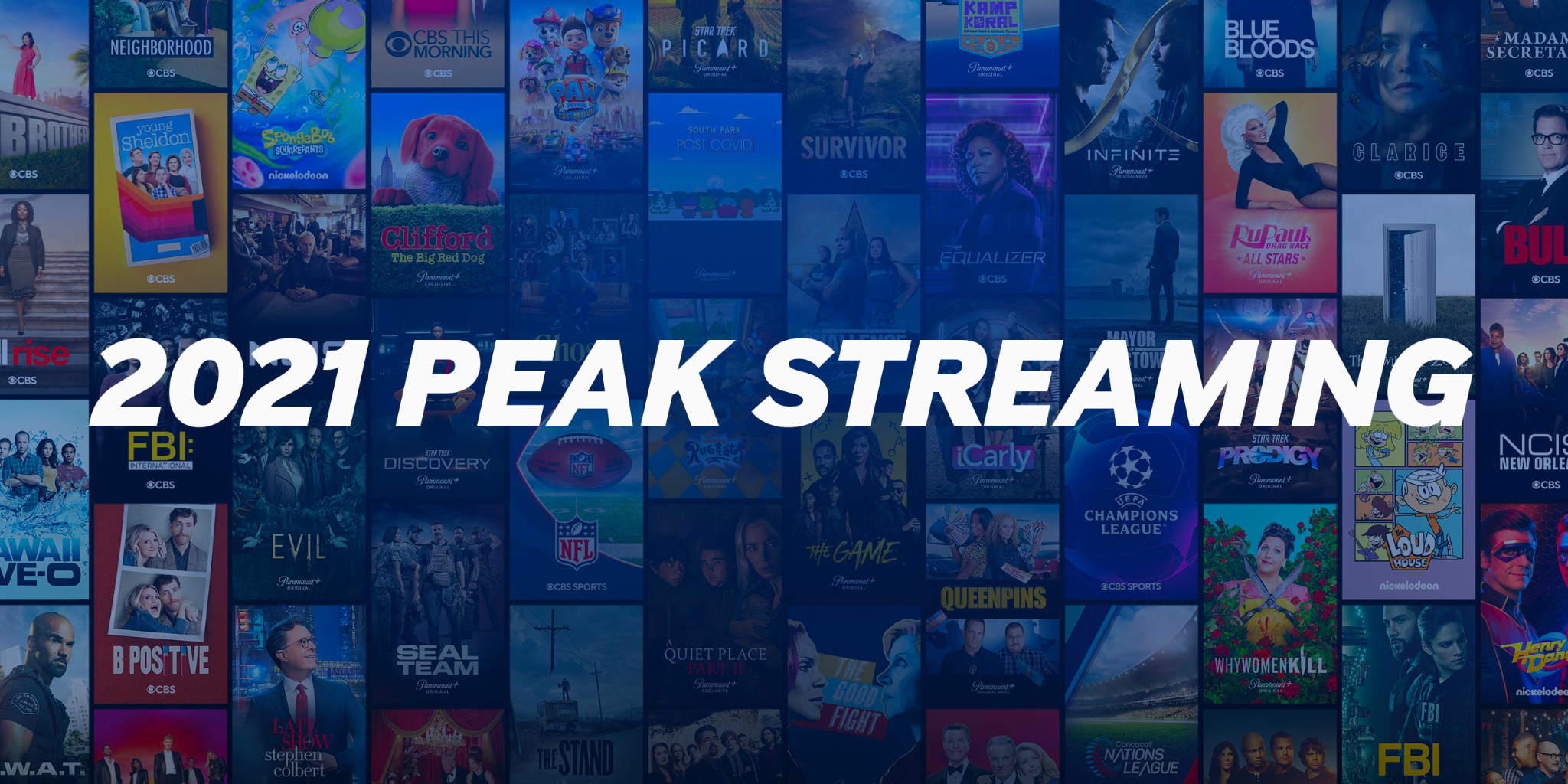 “Paw Patrol: The Movie was not surprisingly the most-rewatched movie.”

Congratulations to Adam Levine, Savan Kotecha, Shellback and Oscar Gorres for winning the Hollywood Music In Media Award for the original song “Good Mood” from PAW Patrol: The Movie! 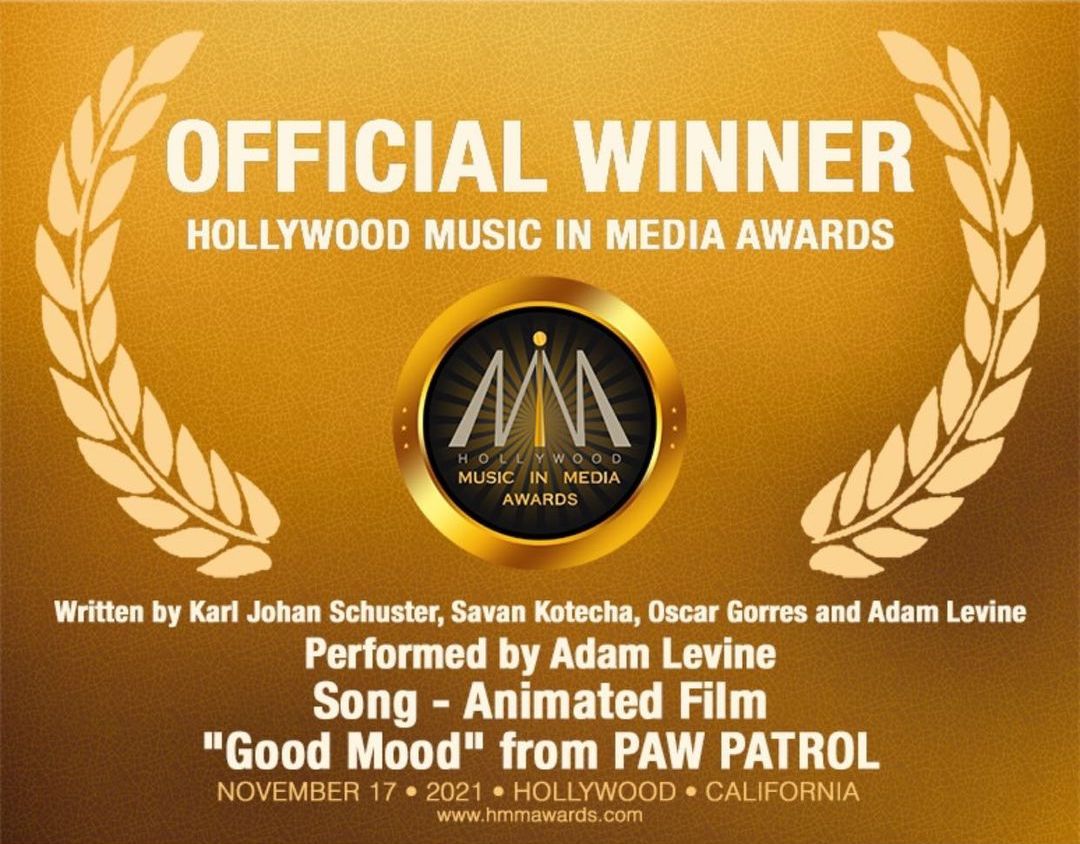